This is kind of a weird post. It’s honestly more stream of consciousness than me making any particular point or argument. But I’ve been thinking about it a lot recently so I wanted to write about it.

There are so many types of controllers for games these days. When I was a kid, there were very few options for controlling your games. You were pretty much stuck with the controller based on the platform you were playing on. Or a keyboard/mouse when playing on PC. There were a few specialty options like joysticks for flight simulators and racing wheels. And there were some third party controller redesigns, but really these didn’t change the controllers. Just the size and grips on them. For the most part you used a certain controller for a certain type of game or in the case of certain games like fighters, you could play them at home with a controller or at an arcade with the traditional stick and buttons layout. In general though, pretty much everyone moved Mario the same way at any given time.

Today controllers are no longer platform or even generation specific. Between adapters, third party full redesigns, first party specialty designs, and custom made control mechanisms, people can play games with whatever they want now. And by whatever they want I mean there are people who literally play games with bananas. I remember the first time I used an emulator on my PC. I played a Nintendo game on a PC with a PlayStation controller. The whole thing seemed like blasphemy. Now I can play Crash Bandicoot on the Nintendo Switch with a DualShock 4 designed to look like an XBOX 360 controller, completely blending if not all out destroying the lines between platform, generation, and originally intended gameplay design. It’s a beautiful thing. Yet I can’t help but wonder if this level of customization isn’t ruining the experience of at least some games.

When Cuphead was first announced, I really wanted to play it but it was an XB1 exclusive so I was fairly certain that I was never going to get to play it. Then later they ported it to PC. Now you can even get it on Switch. I got it on PC, but I probably would have gone for the Switch version if I had known that was going to be a thing. As a person who doesn’t own an XB1, I opted to try out Cuphead with a PS4 DS4 controller. This was easy for me to do because I have an adapter that allows me to connect my DS4 or Wii U Pro controller to my PC or Switch to use with any game I want. I don’t have any particular rationale for why I chose the DS4 over the Wii U Pro Controller for Cuphead. It was just the controller that was hooked up when I started the game. And I was absolutely not going to play a fast paced run and gun platformer with a keyboard and mouse. Some people can do that. Sadly I am not one of those people.

I connected with Cuphead fairly quickly. It’s a beautiful game with fairly accessible mechanics and difficult but seemingly balanced challenges. I easily cleared the tutorial and even managed to do the jump dash on the first try. I liked it and wanted to beat it. But I struggled so much while playing it. I started with The Root Pack as my first boss. This was very difficult for me. More difficult than a first boss in a game should be. But one of the most widely talked about aspects of the game was its difficulty. So I, like any seasoned Dark Souls player who can’t find any summoning symbols, decided that it was my lacking skills and that I just had to get gud. It took me several tries but I did finally manage to defeat The Root Pack. Then I faced Ribby and Croaks. I couldn’t beat them. I tried and I tried and I tried but I could not bring them down. I continued to blame my own lacking skills, but as an experienced gamer I eventually felt like maybe it just wasn’t balanced properly. Sadly my pride got the best of me and I stopped playing rather than allowing myself to play on easy mode. I said I’d return to the game eventually but never really did.

Recently I received a free XB1 controller. I had wanted one for PC gaming for a long time, because many games on Steam, and PC in general, are optimized for XB1 controllers rather than PS4 or Nintendo ones. But seeing as how I had multiple controllers that I could use with PC games, it seemed like a waste of money to go buy an XB1 controller I didn’t actually need. Ironically I ended up having to spend $40 to get a charge pack and wireless dongle to properly use the XB1 controller the way I wanted to, so really I didn’t save any money. But that’s beside the point. In order to test my new controller, I started up Cuphead. This wasn’t because I had a desire to return to the game, but really just because it’s one of the only games on my PC that doesn’t require me to login to a launcher to use, since I bought it from the Microsoft Store and keep it saved in my start menu to motivate me to play it.

I loaded up the game and challenged Ribby and Croaks again. I lost a few rounds but I quickly became aware of how close I was to defeating them. Was it this new controller or had my skills improved with no practice over the last several months? Ultimately I defeated them and went on to quickly defeat a number of other levels before getting stuck again. But now I knew for certain that I was good enough to play Cuphead. Why had my skills improved so much so unexpectedly? It had to be the controller. But why would/should that be the case?

I love the DS4 controller. I prefer it to the XB1 controller any day of the week. I like symmetrical joysticks. I like symbols instead of letters on the main buttons. And though I almost never use it for the games I play, I appreciate having the touchpad. I also liked the DS3 over the XBOX 360 controller. I don’t think it’s a better controller. I just think it feels better to me. I also really like the Wii U Pro controller. It’s the main reason I bought my adapter in the first place. So I can use it on my Switch instead of paying $70 for a Switch Pro controller.

My preference for the DS4 and Wii U Pro is why I invested in adapters instead of just buying an XB1 controller originally. I knew the XB1 controller would be easier from a technology standpoint to use for PC gaming. But I don’t prefer the controller. Yet I have to admit that based on my limited amount of data, I’m noticeably better at Cuphead with an XB1 controller over a DS4. I’ve had similar experiences before. Last year I got The Crew 2 for PC. I first tried to play it with a Wii U Pro controller and it was absolute garbage. Absolutely horrendous experience even though that same controller is great for Mario Kart. Then I tried it with a DS4 and it was great. I also remember trying Hyper Light Drifter for the first time with a keyboard and mouse. It was so bad that I quit the game before even reaching the first boss and never wanted to play it again. This was before I had my adapter for PC. Later I got the game for PS4 through PS Plus and decided to try it again, now with a DS4. That game is amazing with a DS4.

It’s odd to me that the controller matters so much for some games. Especially in 2019 where there are so many varying controller options. You can even get a PS4 controller that’s built to the shape of an XB1 controller. So the fact that games seem to feel wrong when using certain controllers should be considered problematic within the current trend of customized controller options for literally any game. There are definitely some limiting factors to consider. Latency caused by adapters can be an issue. It’s not something I often feel like I’m experiencing but there are definitely times where I do. Button customization is also still not widespread enough within software itself. I often still find games that either don’t have button customization, or the PC version of the game’s button customization isn’t functioning properly with a controller. It could also be the adapter causing the game to not to properly allow the button customization to work I guess. But in my experience, the controller you play a game with can make a huge difference in how that game feels and plays. 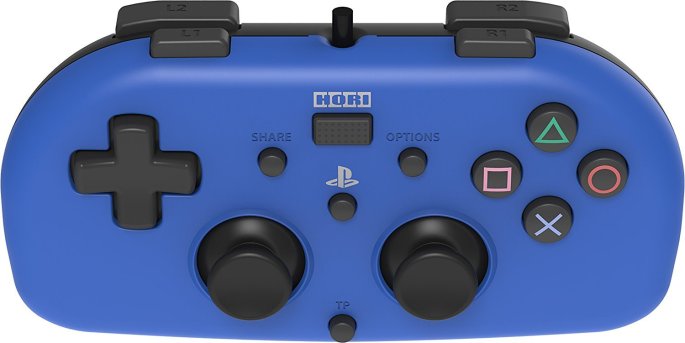 Like I said, I don’t really have a conclusive final thought or argument with this post. Just some ideas I was thinking about controllers and the controller ecosystem we have today. I know that I will almost exclusively use my XB1 controller for PC gaming, when not using a keyboard/mouse, from here on out. But at the same time I still favor the DS4 and will continue to do the bulk of my gaming on PS4. What are your thoughts on controllers? Have you had an experience where you tried out two different controllers for the same game and noticed that one seemed superior for that particular game?