If you’ve been following me for a while then you know I don’t really like shooters and I tend to hate PVP games. Especially those with no story based campaign. To this day I can proudly say that I have never played a single match of Fortnite. While I enjoy the art style and quirkiness, I absolutely loathe the Overwatch model. These games simply aren’t for me. So when I was invited to try the closed alpha for Rogue Company I went in assuming that I would dislike it. I was pleasantly surprised to find that this wasn’t the case.

I don’t want to write a full review of this alpha. Not only was/is it under an NDA, but it was also very limited in what was available so writing a full review at this point would most likely do the game more harm than good in a way that won’t necessarily be beneficial to consumers. What I will say is that the game blends a number of different styles together in order to make a very satisfying gameplay experience. It has the single life mechanic of a battle royale game coupled with the condensed maps and team mechanics of Overwatch. This is done in a first to five rounds won model. The two modes available in the alpha were 3v3 fights to the death and 4v4 objective matches. I enjoyed both modes. The pacing is very fast with single life elimination. The gameplay, though flawed mechanically in certain ways, is very well balanced and accessible to amateur players. The best way to describe it is the weapons are balanced in a way where the amateur shooting first isn’t automatically going to get creamed by the more experienced player like you see in so many other shooters.  The in game money system that allows you to upgrade between rounds worked fairly well and added a layer of depth to the game that I think harkens back to CS GO but in a more refined form. I have to say that it’s the first team based round by round shooter with no story that I’ve ever actually enjoyed playing. 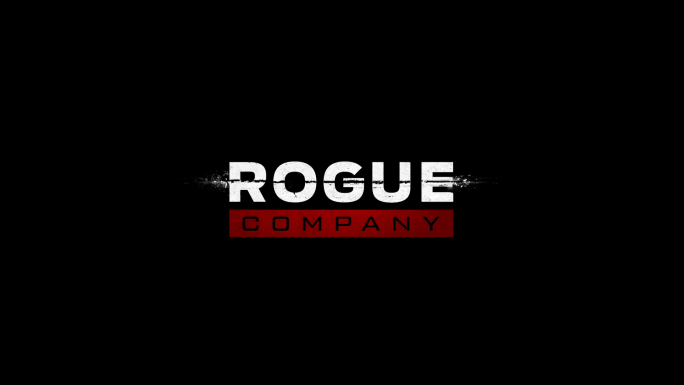 I spent most of my time playing the objective mode in the alpha. This was much simpler than Overwatch’s objective mode. It’s just a bomb in the center that you have to reach before the other team and hack with a single button held for about four seconds. Once the bomb is hacked you have to defend it for 60 seconds. The other team can re-hack the bomb and claim it for themselves. The same rules apply afterwards. Hold it for 60 seconds to win the round. The “problem” with this mode is that when combined with the single elimination mechanics it devolves into killing the four guys on the other team first equals a win. You can win the round by completing the objective, which takes the time to reach the bomb plus the time to hack the bomb plus the 60 seconds defending the bomb. This is how the mode was actually meant to be played. But you can also just kill the opposing team’s four members in a fraction of the time, if your team is better, and net the same results i.e. a victory for that round. As you can imagine, once people caught wind of this they stopped caring about the objective entirely.

I’m one of those people that actually care about the objective. That’s why I play(ed) the objective mode as opposed to the team kill mode. When I first started playing, I was misled into believing I was playing with people but was actually in the bot mode. I had so much fun. Not because the bots were easier but because they were playing for the objective. Rather than just going for kills, the bots had been programmed to play as if completing the objective was the only way to win. This made for a much more interesting and varied gameplay experience because while killing the opposition mattered and happened, it wasn’t the main focus of each round. Both sides played for the objective as their main concern. This shaped the way they approached the map and the firefights. Once I started playing with actual people, I quickly started to enjoy the game less. This was because human players didn’t care about the objective.

Playing Rogue Company’s objective mode, and so many other shooters with objectives I’ve tried, with humans always ends up being the same garbage experience. This is because everyone except me always seems to think they’re playing slayer mode and just ignores the objective. This makes sense when you look at the framework for how these types of games work though. Notice that people who play shooters rarely discuss wins. Have you ever noticed that before? No one ever describes their win percentage when talking about how good they are at shooters. The talk about their K/D ratio. In a way this makes a lot of sense. K/D ratio is more effective at describing an individual player’s skills in the game while wins accounts for a number of external factors that aren’t all related to the individual player’s performance. You can be the best in the world but if you’re playing a team based game against the 2nd, 3rd, and 4th best in the world and the other members of your team are crap then you probably still won’t win the match. Also, even when you do get a good team, the map layout usually gives one team the advantage. In Rogue Company, the objective location changes each round but it’s always to a particular spot from a preset list of locations on the map. These spawn points absolutely deal an advantage to one team over the other and I could see no formula for how these spawns were decided. Some matches my team got the advantage multiple times over and other matches the other team got the advantage more often than we did. It was random and yet clearly gave an advantage to a particular team. Factors like this play a huge role in determining why K/D seems to matter more than win percentage to most committed players of shooters.

Another huge factor in why players tend to ignore the objective is the rewards system in these games. Rogue Company, like most shooters of this sort, has player levels. You amass experience based on your accomplishments and that experience levels up your account. Leveling up presumably has some benefit, but as this was an alpha, I don’t know what the particular benefits will be in this particular game. I assume it will be similar to most other shooters by being a mix of cosmetic options, avatars, and titles. There is of course always the prestige of having a higher level as well. Experience is given based on accomplishments but kills always net more than completing the objective in these games. Completing the objective may be the stated purpose of the game but the experience points given to the individual player for completing the objective never compares to racking up kills. So if you’re a player that cares about leveling up your account, it is the objectively correct decision to focus on getting more kills rather than completing the objective. Again acknowledging the fact that killing off the other team will get you a win even if you ignore the objective completely.

It’s very telling when you look at the scorecards from the matches I played. It was extremely common to see something like me with the lowest score on my team but with the most objective completions while the person with highest score on my team would have zero objective completions but the most kills. It’s no wonder most players ignore the objective and I can’t blame them for that. But this, in my opinion, should be considered bad game design. Yes the gameplay loop is fun. Yes the combat is balanced. Yes the round to round character development system is well made. But if more than 2/3 of your players are flat out ignoring the gameplay methodology you’ve built into the mode then it’s a badly designed mode. And that’s not a knock against Rogue Company specifically. That’s a criticism of all these shooters. Because they all tend to have this same issue. So my question is how do “we” fix this?

There has to be a way for a developer to create an objective mode in a shooter that has a fulfilling gameplay loop, meaningful objectives, and encourages people to actively prioritize completing the objective(s) over mindlessly killing the other team regardless of the objective being completed. I don’t know what that looks like. I don’t know if it’s already been done, because I don’t play every shooter. But I do know that this is something that I’ve never witnessed before.

I’ve got some ideas. Maybe completing the objective should net the individual player way more points. Like 10x that of a single kill. Or maybe the game shouldn’t let anyone get killed permanently until the objective is completed. Or maybe if the round is ended without the objective being completed everyone gets zero points or at least severely reduced points. I don’t know the answer but I do believe there’s a way to make a meaningful objective mode in a team based shooter where people on both teams actively care about the objective more than getting kills. But then we have to ask the question does it matter?

If 87% of players will happily ignore the objective in a game, maybe the answer is to stop building objective modes in these games. Clearly people don’t care about them. But is it that they simply aren’t made to be meaningful enough or that most players genuinely don’t want them but play in that mode for some other reason. Maybe they prefer the maps for example. In Rogue Company the objective mode maps were much more interesting than the one straight slayer map that was available. There is a risk that making an objective mode where players have to actually play for the objective could backfire on the developer. People might say they don’t like actually having to take the objective seriously and ultimately not play the mode. This is a real risk to be considered. But I believe that there’s a way to do it successfully. I believe that players will change their conduct when motivated to do so in an effective and meaningful way.