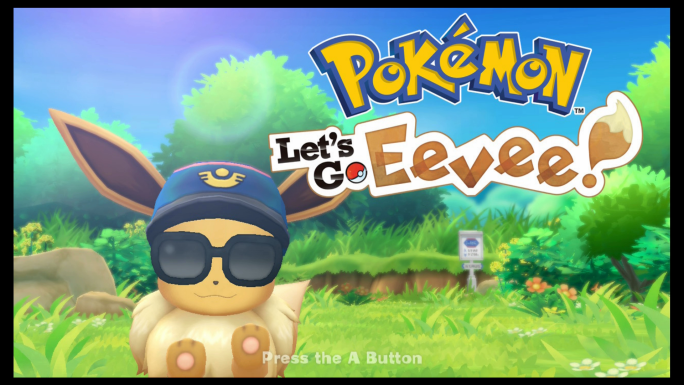 I wasn’t completely on board with Pokémon Let’s Go when it was first announced. I liked the concept. I absolutely loved the graphics. I was very happy with the idea of playing with an actual Pokeball as a controller. But between the pricing and the fact that it was just a remake of a game I had already played (Pokémon Yellow), I wasn’t sure I was Going to buy it. Keeping Mew behind a physical accessory paywall made me really angry as well. Ultimately I did buy the game but it was a number of months after the original release and was more because of Pokémon Go than the game itself. It just Goes to show that the current trend of strong arming people into making purchases because of their effects on completely different products really does work.

After 57 hours, I finally completed Pokémon Let’s Go (Eevee). By completion I mean I defeated the Elite Four, caught all 153 Pokémon available in the game (includes Meltan and Melmetal), defeated Blue, Green, and Red, and obtained the Crown accessory. It was an excellent adventure that filled me with fond memories of my childhood. 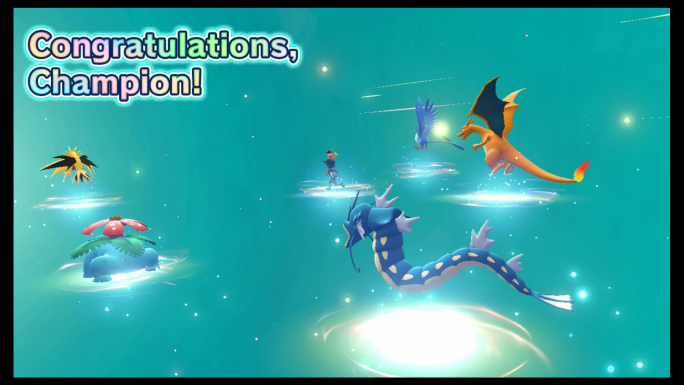 While there are a few issues I have with Pokémon Let’s Go, I have to say that I very much enjoyed it. Linking the show to the game by focusing on Jessie and James of Team Rocket while also recreating the general plot of Pokémon Yellow, which is really just a supped up version of Red, Blue, and Green (if that’s how you roll) was very nostalgic. But more importantly, they also managed to turn a long turn based RPG into a 40 hour experience that still allowed me to get the whole story, collect all the Kanto badges, and capture all the Kanto Pokémon. Plus I didn’t even have to buy both versions of the game or find people to trade with because of the connection to Pokémon Go. While I would never say that this was an authentic Pokémon core games experience, I will absolutely say that it summarizes the experience of playing Red, Blue, Green, and/or Yellow quite well. It was also really nice to not have to use Pikachu as my buddy.

What Pokémon Let’s Go achieves is the ability to get the general experience of playing generation one Pokémon games without having to go back and experience generation one hardware, graphics, gameplay, and play times. It’s the perfect catch up game for people who are new to the series and want to play the newest games without completely ignoring the older ones. This is how these games should have been packaged and sold to begin with. It’s also what needs to happen with every other current generation of Pokémon games. 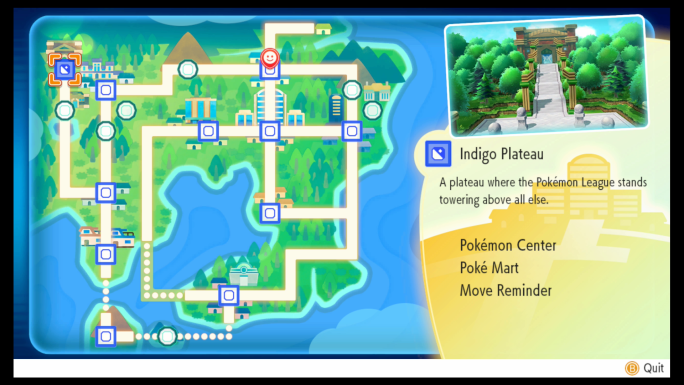 Pokémon is seven generations long with the eighth generation releasing this year. That’s amazing and also way too burdensome to jump into now. Many younger players don’t go back to older generations. Their first Pokémon game is whatever generation gets released when they’re old enough to play. This is sad, because it means missing out on great stories from the past as well as literally hundreds of Pokémon, but quite effective. But if you’re like me and started playing the games at gen one, then you don’t want to skip everything since then. I played Red, Blue, Yellow, Gold, and Silver. That means that when Pokémon Sword and Shield, which I will buy eventually, releases I will have missed five generations of Pokémon games. For me, that’s a problem. But going back and playing that many older RPGs of the same type is never going to happen. Especially not before Sword and Shield release later this year. But what I would do, having now experienced Pokémon Let’s Go, is play similar games set in every generation of the franchise working my way up to gen eight.

Pokémon Let’s Go streamlines the process of experiencing gen one. It’s easier and shorter than actually playing through the original games. It negates the need to purchase both/all versions of the game in that particular generation. Plus the graphics are really nice. So now I want all the generations to get this treatment. This would turn several hundred hours of games into a much more manageable amount of time. It would give me a reason to keep playing Pokémon GO and it would increase the value of that $50 Pokeball controller. This is of course assuming they don’t force you to buy another one to get the Mew equivalent in each proceeding generation. It’s the perfect solution to a common problem for gamers today. How do you catch people up on franchises without making them buy old hardware or play tons of hours of ports of outdated software? Pokémon Let’s Go provides the solution to that problem. 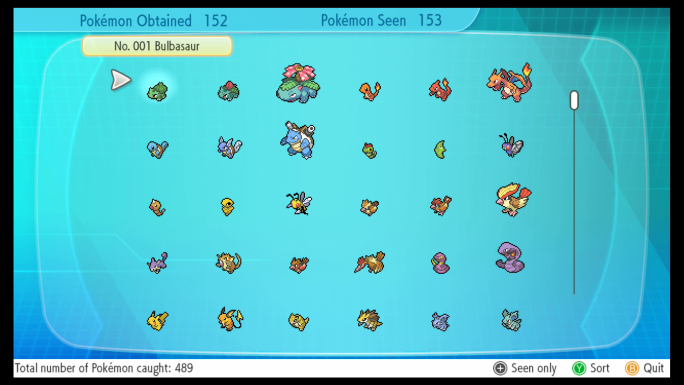 I really hope they create Pokémon Let’s Go games for the other six extant generations of Pokémon games now. I’d happily play all of them if they’re made with the same level of quality and focus on narrative that Pokémon Let’s Go was. The real question is do I wait to buy Pokémon Sword until after all these other games get released or do I play Sword first and then play the others as they trickle out? And why is Game Freak/Nintendo doing it in such a disorganized order? It would have made more sense to make the decision based on how Let’s Go performed. When they announced Let’s Go, many people were mad because they wanted a new generation of Pokémon game to release, which was already in development, because Game Freak knows what they’re doing. But what they should have done in light of how successful Let’s Go is was announced Let’s Go – Johto and hold off on Sword and Shield; the Kingdom Hearts way. They could have kept putting out Let’s Go games and then the culmination of that would end with Sword and Shield being announced/released. That would have created peak hype while allowing all current Pokémon players the chance to catch up on the franchise before releasing a new generation. Because now chances are people will jump straight to Sword and Shield and be much less interested buying more Let’s Go games. That game did so well because there were no other Switch Pokémon options, except for Pokémon Quest.

I don’t know what the grand plan is now, but I really do hope they release Pokémon Let’s Go games for every generation. That’s the only way I see myself catching up on the franchise. Let’s Go was way better than I expected and is way more convenient than trying to go back and play the older games. They just need to get a logical release schedule in order.